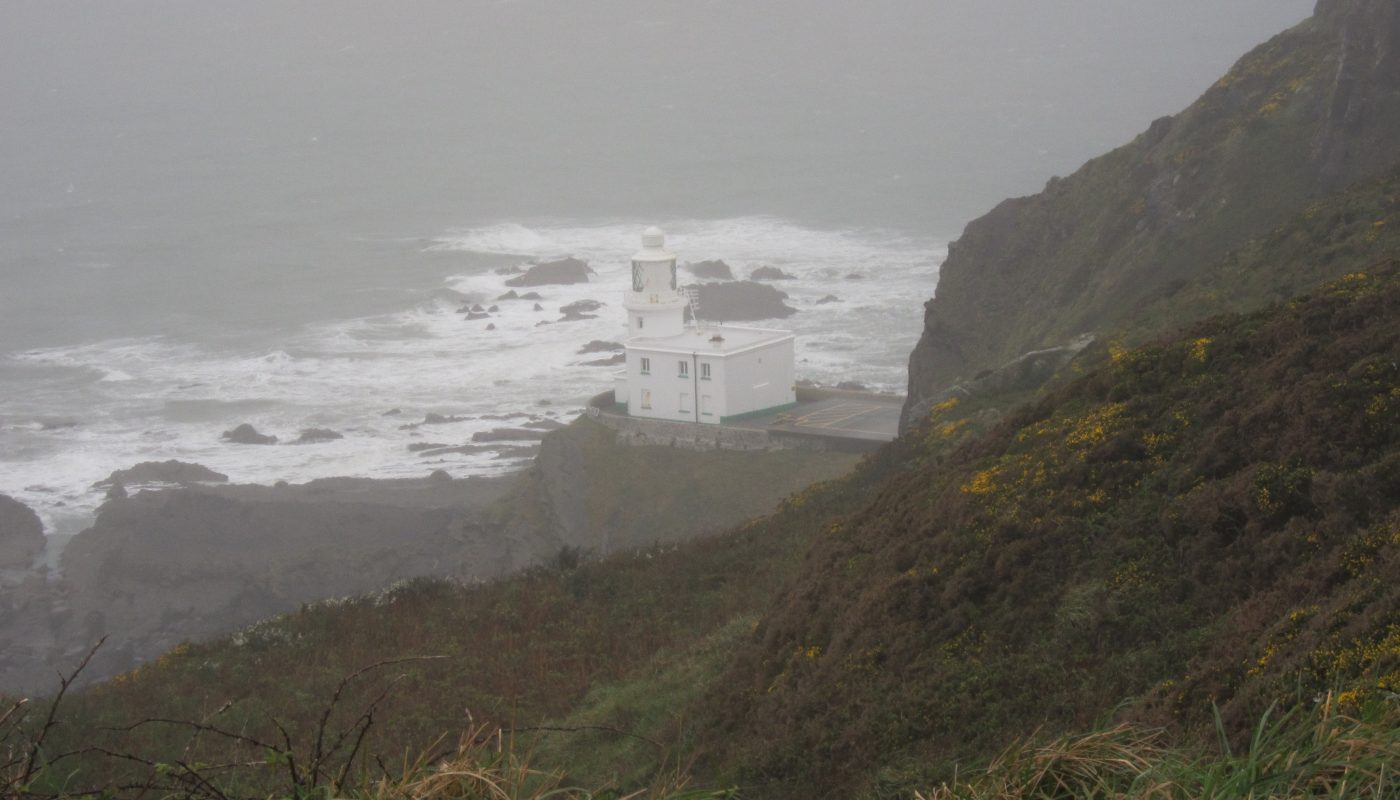 In which: a stick is forgotten and remembered in time ● it is wet, windy and wild ● early woodlands give way to bare and lonely headlands ● I pass close to Lundy but see it not ● another lighthouse is ticked off the list ● the journey comes to an end for another year

The forecast had for several days now been forecasting rain for today, and they were right. It started around midnight, and was still falling steadily when I got up. Breakfast was decent, with a sensible rarity for a B&B – a guest-operated toaster. This means that you can have your toast done the amount you want, and when you want. Sadly there was no innovation in the bread, being the boring sliced white or sliced brown that pretty much every B&B or guesthouse serves – even budget hotels now have quite varied breakfasts. But well fuelled, I set off into the rain, walking down the lane to the field paths, but at the first stile turning around to return to Pillowery Park when I realised I’d left my trekking pole at the house. It was fortunate that I hadn’t gone far before realising, but still frustrating to have added ten minutes to my walk in the rain.

I had been told that there was a kiosk at Hartland Point where I could get a hot drink (and it is suggested as an alternative to a packed lunch). I don’t normally have hot drinks, and I try to avoid relying on refreshments en route, but I might have welcomed some hot chocolate or a place to sit out of the rain for a few minutes. But it was closed. Not surprising on such a miserable day – it might be Easter Monday but the crowds were most definitely not out today. I passed a total of eight people in seven hours, formed of four couples, all four cheerily remarking on what a lovely day it was.

The section from Hartland Point to Hartland Quay would be glorious in nice weather, but today it just had a dispiriting number of ups and downs when I was at the point when I just wanted to reach the end. Eventually I got there, the final descent being on the tarmac road to the hotel. I stripped off my wet things in the lobby and was shown to my room. I read in the bar for a while, had a little rest, then had dinner in the bar. The rain finally stopped around 8pm after about twenty hours. I did take some lovely photos the next morning of the hotel and the cliffs in the sunshine, but sadly my bag including camera was lost on the train home so I don’t have those pictures – the lovely site of the Hartland Quay Hotel will have to wait until my next visit.

And so ended what, in chronological order, was my fifth visit to the South West Coast Path. I’ve walked 400 kilometres, or a fraction under 40% according to the official distances (though I reckon on the distance being more like just under 1000 rather than the official 1014). It has been a varied four days, with some rough cliff-top walking, some very flat estuarine walking, a few beaches, some sunshine, a fair bit of cloud, too much rain (though almost all restricted to one day). It’s a shame when the least satisfactory day weather-wise is the last, but it has been another grand break. I don’t know whether I’ll be back next year, but I’ll be back. The remaining gap on the northern coast from Hartland Quay to Padstow is four days, albeit quite a busy four days, and that would be a natural target for my next visit alone, with the section around Falmouth a possible target for a future visit with Lucy and the dogs – we shall see. 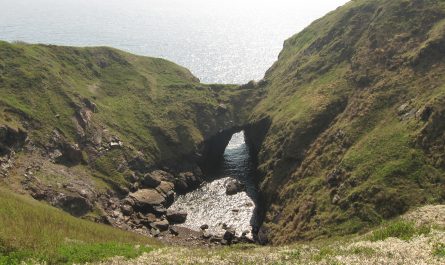 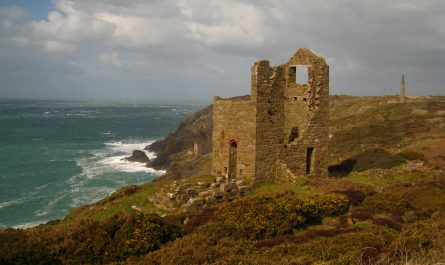 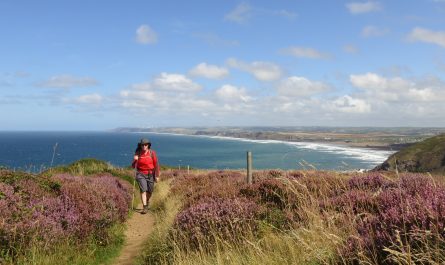