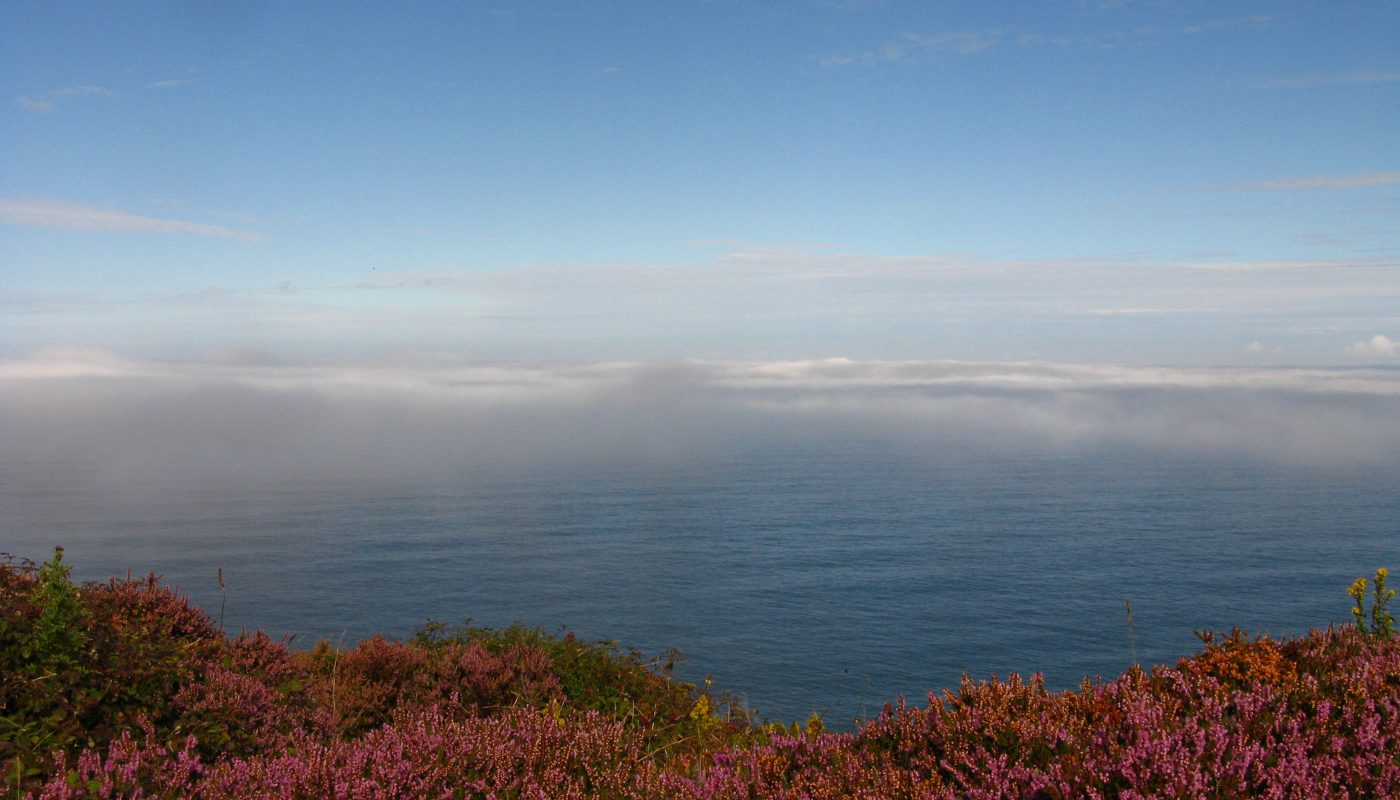 In which: blister plasters do their job ● the morning starts with fog ● mines start to make their presence felt ● I am introduced to bat castles ● sea fog is a beautiful thing from above ● I walk along the route of the London-Land’s End motor trials ● the MOD tells me to keep out ● a daymark heralds Porthreath

Getting up, I replaced the blister plaster on the base/back of my left heel, and added a new one on the ball of my right foot, both making a huge difference. My left ankle twinged for the first time this morning, so it will be necessary to remember not to over-stress it, particularly in descent.

At breakfast I was somewhat surprised to see that outside it was foggy. I hadn’t really looked out of my bedroom window as it only looks out onto a car parking area with other houses beyond. Still, there were hints of blue sky which promised better things soon to come.

After three days seeking some sunshine, I was now feeling that it was too hot. I began to wonder whether packing some shorts would have been more sensible than the fleece, fleecy hat, third base layer and two pairs of gloves I’d brought, none of which I’d used. But then I reached a section of brambles and nettles up to waist height and I was reminded why trousers are really essential.

With my GPS telling me it was just 2.16km to go into Perranporth, I had my last sit down and the second of the Diet Coke cans that I’d bought at Porthtowan. Almost without my noticing, the sunshine had gone and it was overcast: that was no bad thing as it had been rather hot earlier for walking, but the cloud didn’t look thick enough to produce any rain. After 17km or so of walking so far today, I was feeling rather weary, and not a little anxious about what this presaged for my much longer walk tomorrow. It had been a surprisingly hard walk today, with no real sections where you could just stride out, with lots of the walk being slightly rough under foot – nothing too major but requiring constant attention.

The final bit of the SWCP into Portreath was diverted due to landslip, so I walked down a quiet road with views over the beach and what for boats looked a somewhat awkward-looking long entrance to the harbour area, where some sort of festival was going on – people were making a lot of noise, anyway.

At the Portreath Arms I was shown to Room 7, on the second (top) floor, pretty much over the front door. The pub was an old building so it is normal to expect some of the floors to be uneven, but an unlevel toilet feels very odd. An inevitable problem with staying in a pub is the noise, sometimes from people downstairs but nowadays from all the smokers lurking outside the door, which also creates the additional hazard of the smell of smoke drifting upwards to my open bedroom window – very annoying. The mattress on the bed was very thin: this isn’t in itself necessarily a bad thing, but if you’re going to have thin, you’ve got to have firm. Sit on this one and you hit the base of the bed with quite a thump.

Before dinner I went out for a walk round the small town, and explored other eating options but in the end settled on my own pub. I got some provisions for tomorrow from the small supermarket across the road. I briefly contemplated not eating much tonight, as I was feeling weary and not especially hungry, but I was glad I did as my appetite returned once I was downstairs. There were lots of noisy kids in the bar – I don’t complain about people being noisy in enjoying themselves, but the constant running around the pub was annoying. Eventually they left and I moved through into the main bar area from my “quiet” dining room to finish my second drink and also finish my second book of the holiday – I’m glad I shoved a third book into the suitcase at the last minute.

Fortunately it started to rain about 7.30, very hard, so all the noisy people and the smokers outside went away and the remainder of the evening in my room was quiet. 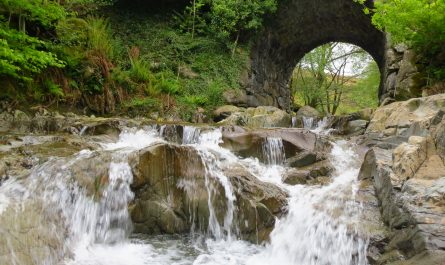 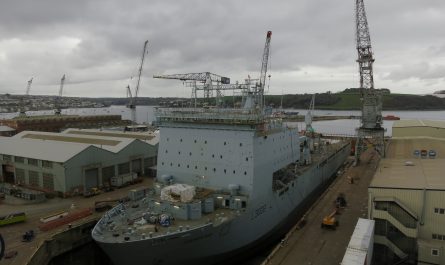 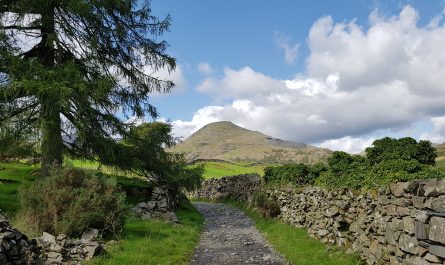